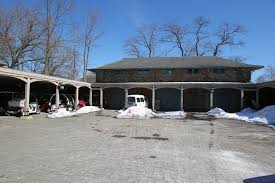 It started out small, then got bigger, much bigger, thanks to the efforts of USA Niagara.

First brought to light in a largely-overlooked 2014 USA Niagara Development Corp. Request for Proposals (RFP) that called for bids to retrofit a small building on Goat Island in the Niagara Falls State Park as “a signature dining facility, an outdoor recreation outfitting facility, and/or a small inn,” Gov. Andrew Cuomo’s proposed “lodge” for the state-owned and operated park has been scaled up to, according to information recently obtained by the Reporter, a sprawling tourist attraction and resort destination in its own right on the former Olmsted preserve.

The RFP, titled “Outdoor Recreation Programming and Related Facilities” and available on-line, calls for applications from vendors in a position “to establish, operate, and maintain a program of outdoor recreation activities and associated capital/real estate facilities in New York State Parks… along roughly 11 miles of waterfront on the Upper and Lower Niagara River in Niagara Falls, New York. The intent of the effort is to expand the amount/types of activities and experiences available to tourists and local residents in order to assist in growing visitorship and extending stays in the City of Niagara Falls, as well as to enhance the quality of life here.”

Consisting mostly of the standard boilerplate tourism industry promotion language used by government officials in their never-ending attempts to address the perennial problem of the city of Niagara Falls not effectively capitalizing on the eight million tourists who come here every year, the USA Niagara document that calls for the Calvert Vaux Carriage House on Goat Island to be converted into a “small inn” didn’t receive any winning bids.

It quite possibly didn’t receive any bids at all, since of the nine programmatic activity areas listed in the RFP, ranging from “Trail Sports” and “Rappelling and Rock Climbing Activities” to “Zip Line Tour,” the only activity to be rated “highly controversial” is the “Adaptive Reuse at Niagara Falls State Park: Available Park Buildings” plan which of course comprises the “small inn” concept. All of the others are rated “Non-controversial” to “Moderately controversial.”

It’s striking that as long as two years ago, USA Niagara intuited that, under the euphemistally-named category “Assumed Complexity,” any overnight lodging located in the Olmsted-designed Niagara Falls State Park would prove “highly controversial.”

USA Niagara is a subsidiary of Empire State Development, the state development agency, and as such, is the primary entity charged here with “support and promotion of economic development initiatives in Niagara Falls by leveraging private investment and encouraging growth and renewal of the tourism industry in the City of Niagara Falls,” according to its mission statement.

One of USA Niagara’s flagship projects intended to enhance tourism and jumpstart the revitalization of Niagara Falls is the Niagara Experience Center, the “the primary (heritage) interpretive center for the Falls, and the best place to experience the story of this extraordinary natural wonder,” which has been in the works seemingly since the falls were just a trickle over the gorge at Lewiston. In this role, USA Niagara maintains a website for the Niagara Experience Center.

Breathtakingly, the “small inn” from two years ago, buried deep within a USA Niagara RFP, has morphed into a huge hotel/spa/outdoor events center as described on the Experience Center website. The narrative reads:

“The family-oriented Niagara Lodge will raise the bar for visitor accommodations in and around Niagara Falls. It is conceived of as a “grand lodge” for the 21st century, merging the heartwarming, rustic grandeur of the Old World lodges in America’s National Parks with contemporary design updates and state-of-the-art guest amenities. The lodge will feature three stories of guest accommodations, 250 rooms in total, with a wraparound veranda offering breathtaking views of the Falls and State Park. One of the lodge’s most impressive interior features is its ‘Great Hall,’ a multistory atrium with exposed wooden rafters, a dramatic stone fireplace and a floor-to-ceiling wall of windows. Additional features of the lodge include an elegant main dining hall, smaller private dining rooms and a family health spa with a swimming pool and ‘green roof.'”

Note that while this USA Niagara-hosted website cites “250 rooms in total,” USA Niagara president Christopher J. Schoepflin is quoted in a Buffalo News article of three weeks ago as saying, “The lodge the governor envisions would have 75 to 100 rooms – ‘a very boutique property.'”

So from 250 rooms, the lodge has strategically shrunk to 75-100 rooms. Is it to mushroom to 1000 rooms when built on Goat Island in a couple of years?