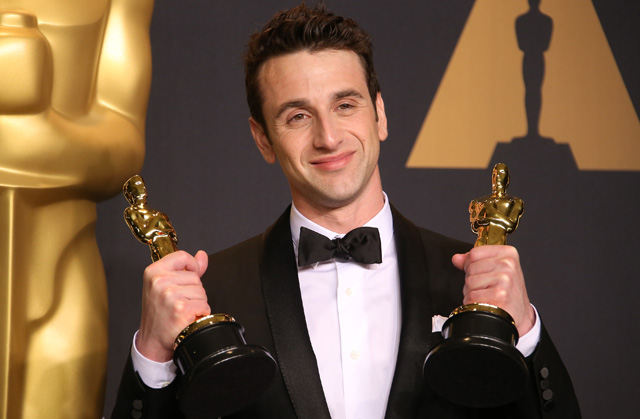 Music is an important element that cannot be separated from moving pictures or movies. Some of the most successful movies in recent years achieved their notoriety because the visual cues worked incredibly well with the audio cues that went along with them. There are some remarkable music masterpieces in movies.

In recent years, however, filmmakers and studios have turned to younger composers and fresh new talent. Thanks to various music programs, including the online masters in music program that is becoming more popular, there are now more young composers entering Hollywood and joining movie productions.

The Story of Justin Hurwitz

The biggest young name of them all is Justin Hurwitz. Hurwitz recently won two Oscars back to back, for Best Original Song and Best Movie Score. Hurwitz is the composer behind the hit song from La La Land, City of Stars.

The young composer shared these awards with Benj Pasek and Justin Paul, both of whom are also young composers who were very successful in Hollywood. It is worth noting that the three artists have a strong Broadway background, with Pasek and Paul both involved in the hit Broadway show, Dear Evan Hansen.

Hurwitz was only 32 when he won the Oscars for La La Land. Of course, he wasn’t the only young composer in the scene. The composer for Moonlight, Nicholas Britell, was only 36. The woman behind Jackie, Mica Levi, was 30. Levi’s work in Jackie landed her a second nomination for a musical score.

There are a few things that these young composers share, one of which is the bold new approach they tend to use when composing for movies. Levi’s Jackie, for instance, is filled with stunning string play and head-turning waltzes. These were the elements that captured everyone’s attention when the score was performed.

Unlike older composers, who tend to stick with the more traditional compositions, younger composers are willing to take risks and make bigger leaps. They don’t always work, but they produce amazing results when they do.

Levi took the music of Jackie a step further.She inserted bits of jarring music to further accentuate the disorienting nature of the visuals. Levi elevated the scores she made for Jackie into the main drivers of emotions throughout.

What’s interesting is the fact that there are more young composers trying to make their name in Hollywood. As mentioned before, programs from top universities such as Kent State University are enabling younger students to pursue an online MME degree and master the basics. The rest is easy.

It is safe to say that we will see more young composers taking the center stage. Out of the ten big-budget movies scheduled to be released before the end of 2017, six of them have at least one young composer injecting some experimentation and excitement into the movie.

When these young composers hit all the correct marks, others will definitely follow suit. We are seeing younger composers taking Hollywood by surprise every year.