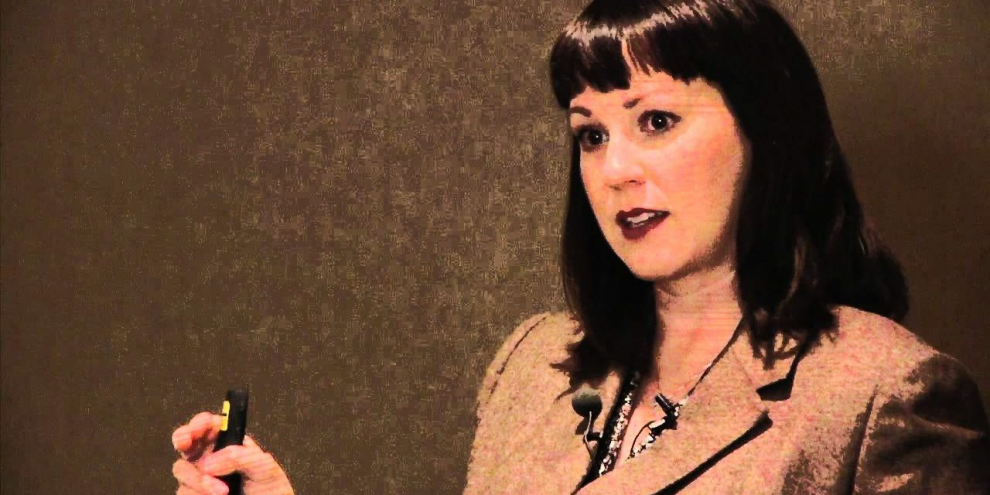 Mary Jennings Hegar has a problem with the truth and ethics in her quest to enter Congress.

Little Texas’ famous song “God Blessed Texas” is all about the unique nature of Texas, its beauty, and the singularly powerful nature of Texan women.

Democratic congressional candidate Mary Jennings Hegar is giving this quintessential hit a whole new meaning. Instead of showcasing the uniqueness of Texan women in a good way, she is single-handedly disgracing Texans in her rabid thirst for relevance.

Hegar has gone Hollywood. What does this mean and why does it matter to voters in Texas’ 31st congressional district? We will answer those important questions … let’s go! First, we have to examine the fact that Ms. Hegar has a documented problem with plagiarizing her campaign talking points from fellow Democratic candidates.

Her primary opponent Kent Lester has consistently used the messaging of “Leave No One Behind” since he entered the race, only to be copied almost word for word by Hegar in recent campaign mailers. Can she and her folks not come up with their own snappy campaign slogan? 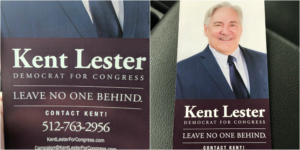 Lester mailouts and messaging have been consistent from the start.

Ms. Hegar, who brags about her book “Shoot Like A Girl” being turned into a Hollywood blockbuster, has stolen talking points in a desperate attempt to win her party’s nomination.

A campaign email sent out by “Hollywood Hegar” mirrors the messaging from her opponent, see below. 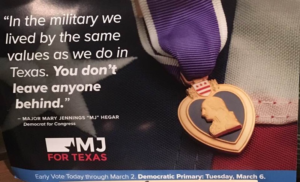 Hegar began using her opponents messaging in her own campaign communications.

End act one… moving on to another bizarre mishap by the Ted Talk/Hollywood wannabe. Not only does she crib her campaign talking points from candidates in Texas House District 31, Hegar has seemingly ripped her “ideas” from those competing in TX-CD7.

As evidenced by a campaign email sent out by Hegar, she famously forgets to cover up her plagiarism and fails to swap CD7 for CD31, in a desperate plea for money from her most ardent campaign supporters. One wonders what race the folks who responded thought they were donating to? 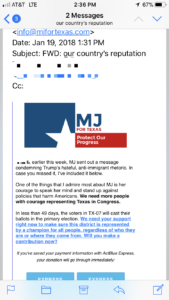 Hegar’s most offensive offense is her alleged use of campaign funds for personal travel to promote her book and personal brand for a hefty payday in North Carolina, a trip that had zero to do with her Congressional campaign.

According to FEC campaign filings, Hegar scheduled flights and hotel arrangements in mid-January to speak to a NC based apartment association, which ended up being too close to the opening of a local campaign office. 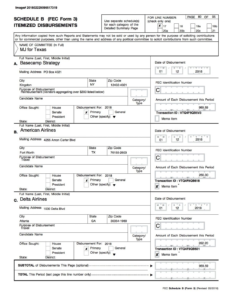 Hegar then presumably re-scheduled the opening of the campaign office in order to attend a paid gig on the campaign’s dime, only to have weather further disrupt her appearance, as evidenced by a post by the Triangle Apartment Association in North Carolina.

The post states that inclement weather has forced them to re-schedule their January meeting for February 22nd. If Hegar paid for the plane ticket and hotel with campaign funds for an event that had nothing to do with her campaign, it is a serious violation of federal law that could place the Congressional wanna-be behind bars. 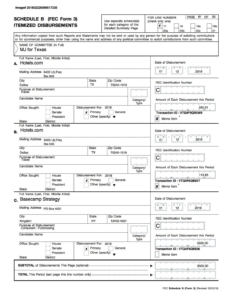 Does she really think she can get away with this kind of activity before ever being elected?

Hegar, who is so intent on becoming a fixture in DC politics, will stop at no expense. Her other exploits aside, she has also claimed to have been endorsed by the Democratic Congressional Campaign Committee, who multiple outlets have confirmed has not officially backed any candidate in the hotly contested 31st House District primary.

From the plagiarism to the alleged misuse of campaign funds for personal purposes, Texans deserve better in the Democratic primary and integrity seems to be the issue as the primary election nears.

Letting a compromised candidate like Hegar become the nominee gives Republican incumbent John Carter an easy shot at re-election, which could be good or bad depending on your political outlook. It’s hard to believe that the so-called Democratic wave can carry a candidate with this much baggage.

Sadly, Ms. Hegar seems more obsessed with her book deal becoming a Hollywood blockbuster, fair and honest elections be damned. Stealing from her opponents, misusing her campaign funds perhaps in violation of federal law, and blowing her “fame” out of proportion are a means to an end.

Americans and Texans should have healthy and proper primaries on the Republican and Democratic lines, yet Ms. Hegar continually puts her personal ambition before her party and country. Hegar is also close friends with Republican Senator and Washington creature John McCain, another red-flag for Texas Democrats.

If Texans in the 31st district allow her to win the primary and become the Democratic nominee, they might as well forfeit the general.

Jacob Engels is an Orlando based journalist whose work has been featured and republished in news outlets around the globe including Politico, InfoWars, MSNBC, Orlando Sentinel, New York Times, Daily Mail UK, Associated Press, People Magazine, ABC, and Fox News to name a few. Mr. Engels focuses on stories that other news outlets neglect or willingly hide to curry favor among the political and business special interests in the state of Florida and beyond.