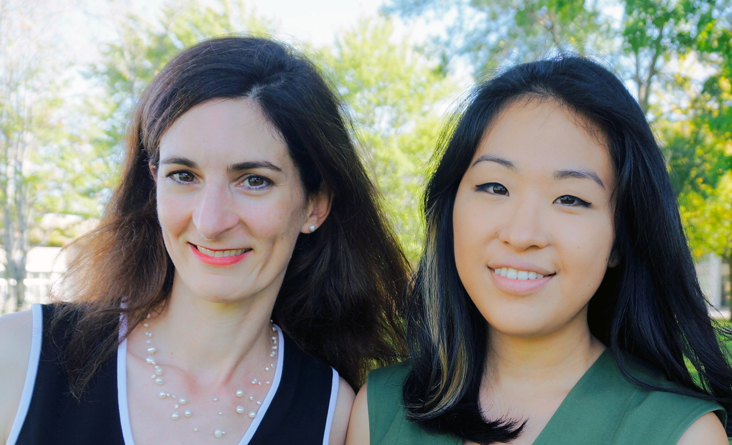 Despite Grace Park’s best efforts to hide her involvement in the horrifying cult of Nxivm  – led by jailed, alleged sex-trafficker Keith Raniere, these nine videos [links below and available on the Artvoice Channel on YouTube] show just how enamored the former Hawaii Five-0 actress is/was by his cult teachings.
In these videos, Park appears virtually mesmerized by Raniere.  While the topics discussed in the videos are largely non-controversial – observers can see what appears to be Raniere virtually hypnotizing Park.
In my opinion, these videos are interesting in that they show how Raniere uses his eyes, the tone of his voice, hand gestures, body motions to lead, dominate and possibly hypnotize his listener.  Watching this and Park’s responses suggest to me classic cult [brainwashing] techniques.
Park appears to be sleep-deprived which is also part of the technique Raniere utilized.
These videos are excerpts and it is likely Park did only one longer sitting with Raniere and a series of videos were made and given various titles. Many more videos were once easily available on YouTube. Following my reporting of the human branding and blackmail scheme Raniere operated in June 2017 – a scheme that ultimately landed him in jail, Park asked Raniere to take them down.
Raniere agreed in July 2017 – possibly under the condition that Park make no public statement against Raniere or the cult.
In the interest of fair reporting – on the cult – I copied the videos before they went offline and have published a small percentage of the videos under what I would certainly consider in the public interest and “fair use.”
It is not my intention to embarrass Grace Park. She has chosen for whatever reason to hide her involvement in the cult – now that it became notorious. I believe it would have been better that she would have come out and condemned it – especially when the ruthless Raniere and his henchwoman, Seagram’s heiress Clare Bronfman tried to put several whistleblowers- some of whom were her close friends – in jail.
She did not. She remained silent. Later, when a news reporter from another publication, tried to contact her for an on-the-record comment about being in the cult, she told her she had nothing to do with the cult and begged the reporter not to write that she was connected.
I believe Grace Park is probably not deeply involved in NXIVM any more. Now that Raniere is safely behind bars, she is probably less terrified of him than she is of being outed. She is probably not a branded slave of Raniere or Allison Mack, but for whatever reason she remains afraid to speak and afraid not to speak about the cult. So she hides trying to pretend she was never in the cult.
This too is worthy of study and is presented here as part of the observations that need to be made for people to understand the workings of a cult and how it presupposes the loss of free will and the ability to think clearly and in one’s best interest.
Because Grace Park has a modicum of fame and because Raniere utilized that fame to market himself and his cult, Park is worthy of being revealed as a member. If she was not an actress of some celebrity [she was a co-star of Hawaii Five-O] she would likely not have been asked to make the videos which in turn were used to offset the rumors and published reports of Raniere operating a cult.
The rebuttal his followers used to persuade others to join the cult and become enslaved in it, was that actresses like Grace Park were getting value by learning from Keith Raniere. In this respect, Grace Park was used to hide the truth of the sex-trafficking cult. Whether she knew about its seedier and illegal human trafficking abuses may never be known.
What is known is that when she found out, she said and did nothing.
Annealing the human spirit
https://youtu.be/GWWwSEffGbk
Eliminating the seeds of fear
https://youtu.be/wFSC_fokXiE
Ethics of Authority
https://youtu.be/9pTKWOUg6rA
Ethics of Power
https://youtu.be/0MtTR9lXgxo
Finding Self
https://youtu.be/g9rsccxLVgg
Keith Raniere on overcoming fear
https://youtu.be/83ZuMOh43Ts
Light and darkness and the nature of living
https://youtu.be/US7hrb7F010
The nature of all goodness within
https://youtu.be/uK3PZI-F9S0
The trap of mutually reinforcing roles chunk
https://youtu.be/hP-lyTb7-eo