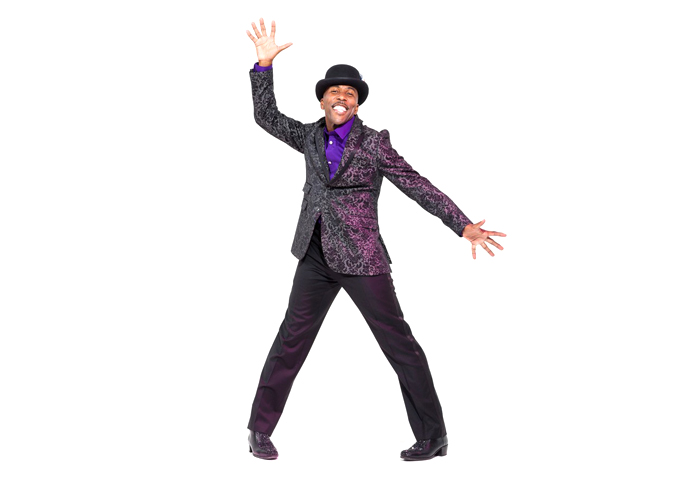 Sammy Davis, Jr. (1925-1990) was one of the great entertainers of the 20th century. If you are of a certain age, and the 1960s, ‘70s, or ‘80s loom large in your cultural memory, chances are that Sammy was a big part of your life. From Broadway to Vegas to Hollywood, he was a star – and had been one since childhood.  He could sing.  He could dance. He could act. He could do comedy. His talent seemed endless and he was ubiquitous on television of the era.

Eric Jordan Young is a bit young to be a contemporary of Davis, but as a child, the Williamsville native who has appeared in five Broadway shows, was frequently told that he resembled young Sammy Davis, Jr.

“When you are a kid,” says Young, “and people tell you that you remind them of a gigantic super star, you wonder why they are saying that. I became fascinated with Sammy Davis, Jr.”

This Saturday, April 30th at 8 p.m., Young will perform “Celebrating Sammy: Broadway to Vegas,” a tribute to the show business legend with the Buffalo Philharmonic Orchestra at Kleinhans Music Hall.

“This is not an impersonation show or a factoid show,” says Young. “It is a chance to celebrate the music and talent of Sammy Davis, Jr. “I’ll perform songs that are associated with him: “Candy Man,” “What Kind of Fool am I,” “Bye Bye Blackbird,” “Mr. Bojangles.” 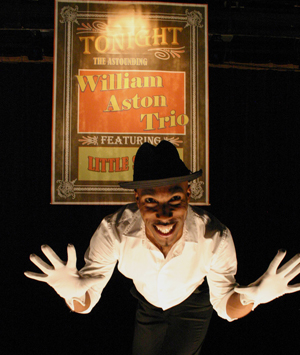 To see the song list is to be reminded of how big a star Davis was, and also to wonder why his reputation might not linger as powerfully as some of his contemporaries.

“It is very difficult to be first,” observes Young.

As an African American star whose career began before the Civil Rights era, Davis had a complicated position in American culture.  He supported both Democratic President Kennedy and Republican President Nixon – earning the ire and disappointment of many when he hugged Nixon at the Republican National Convention in 1972. While he created numerous iconic moments of television, including one of the first televised interracial kisses when he kissed Nancy Sinatra on her 1967 television special, and kissing Carroll O’Connor’s Archie Bunker character on “All in the Family,” to see video of Davis laughing as he endures an incessant barrage of jokes about his race on the Dean Martin celebrity roasts, or on numerous talk show and game show appearances can make you wince.

“Any person of color who has ventured out has to face that challenge,” continues Young, “whether it was Sammy Davis, Jr., or Nina Simone, or Diahann Carrol, or Bill ‘Bojangles’ Robinson, when you are first, you have no template to follow.  I think that enduring the kind condescension that Sammy endured must have been exhausting, but he was willing to jump into that world.  Being able to laugh at yourself is a way to acknowledge that in a way, at least, you are being included.  That doesn’t mean that he liked it.  You make sacrifices to get ahead, and you pave the way so others don’t have to make those same sacrifices.”

In part, Young’s fascination with the Davis persona has served to resurrect the reputation of a great pioneer of the entertainment industry. Ten years ago, Young premiered another show focused on Sammy Davis, Jr., “Sammy and Me,” at MusicalFare in Snyder.

“Sammy is sometimes not seen as progressive,” says Young, “but he was very, very, very progressive. He insisted on racially integrated casts for his shows. Without Sammy Davis, Jr., we could not get to Michael Jackson, Richard Pryor, or Prince.”

In many ways, Young’s own career success is a testament to African American performers, like Sammy Davis, Jr., who came before him. Young has been able to play a variety of roles that are not defined by race, including Billy Flynn in the Broadway production of Chicago and “The Cat in the Hat” in Broadway’s Seussical.

I have been following the career of Eric Jordan Young for a very long time. I can remember seeing him as a teenager in “Upstage New York” productions of George M, Damn Yankees, and Olympus On My Mind. Even in those days, his confident dancing and stage presence commanded the eye.  His impressive career success comes as no surprise at all.  I saw him in the world premieres of Dessa Rose at Lincoln Center Theater and Little Fish at Second Stage, and was honored to present him with the Katharine Cornell Award for his performance in Sammy & Me at the Artie Awards several years ago.

“I’m still a Broadway person,” insists Young, “but Vegas has given me a lot of opportunities.  I’ve had my own show on ‘the strip,’ and now I’m doing ‘Rock of Ages.’ I guess, no matter who you are, there is no template for an entertainment career. I’m grateful to Vegas. I am grateful to Broadway. I am grateful to Buffalo!”

How long has it been since he’s performed in Buffalo?

“It’s been ten years since I was at the Arties!” exclaims Young.  “But this is my home, and I am very excited to come back for this show, and to be performing these great songs with a big orchestra!”