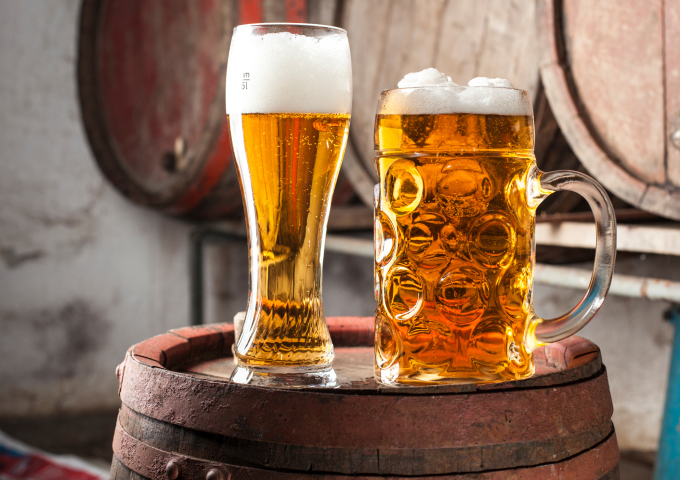 > by Brian Campbell Pilsners come in all shapes and sizes. From the soft and floral bitterness of Czech (Bohemian) styles to the spicy hop flavors of classic German (Bavarian) styles, pilsners are often a delicate, crisp and thoroughly refreshing beer.

A Buffalo Renaissance By Way of Germany and the Czech Republic

Pilsners come in all shapes and sizes. From the soft and floral bitterness of Czech (Bohemian) styles to the spicy hop flavors of classic German (Bavarian) styles, pilsners are often a delicate, crisp and thoroughly refreshing beer. And no matter what pilsner comes to mind upon mere mention of the style, be it Pilsner Urquell, Firestone Walker’s Pivo Pils or Victory Beer’s Prima Pils, it would be difficult to ignore Buffalo’s current renaissance with this very old traditional beer style. Unless you live under a rock of course, then it would be relatively easy to be oblivious of it.

A number of local breweries are contributing to pilsners’ reawakening, including 42 North, who’s Illumination Bohemian Pils was one of the first to revitalize the local pils market.

“It is a beer of subtlety where the brewing process plays a huge role in the success of the beer,” 42 North’s Chief Brewing Officer Clay Keel says. “Many of the complex flavors of traditional Czech styles actually comes from a decoction mash process that essentially boils a portion of the grain multiple times to, among other things, create some complex maillard reactions that come through in the beer as toffee, caramel, or toasted bread. As much as we can, we mimic this process at 42 North to try and get that flavor into our Illumination Pils. Generally speaking, trying to make a ‘lighter’ beer style without sexy hops, 50 lbs of malt per keg, or flavor additives is a challenge. I’m a brewer because I like challenges. I suppose that’s why I like brewing them.” 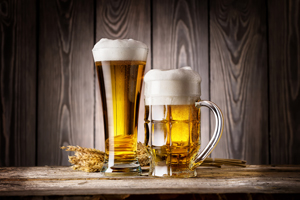 And the local pils offerings do not stop there; quite the opposite in fact. There are so, so many to choose from, including Gordon Biersch’s Czech Pils, Old First Ward’s Czech Mate, Community Beer Works’ Dreizehn, Flying Bison’s Polonia Pils, Resurgence Brewing Company’s Blanc Czech, Southern Tier Brewing’s Pilsner (see also Eurotrash Pils), Pan American Grill and Brewery’s Lackawanna Lager (see also New Zealand Pilsner, which should be out in May) and Pearl Street’s German Pilsner, their new spring seasonal offering brewed with a blend of noble hops including spalt, saaz, and tettnang.

“I think that when craft beer started becoming more popular, pilsner was a bad word,” Pearl Street’s Chris Herr says. “We were doing everything to dissociate our brands from the macro breweries, and a pilsner was something your buddy drank while mowing his lawn. We were busy brewing IPAs, stouts, ambers, porters, wheats and even sours before realizing that we were collectively skipping one of the hugest styles of beer in the market, but it really wasn’t my goal as a craft brewer to be competing to make a better pilsner than one of the big guys. Pilsners are difficult to make, not to mention, the longer production time (8 weeks for a lager vs 3 weeks for an ale), and until recently they were mostly just fizzy pale versions of flavorless beer. Once we realized that we can brew a full flavored, highly hopped and yet delicate pilsner, the doors opened for a lot of us.”

“Pilsners also make a great gateway beer,” he adds. “Most people who are scared of trying new craft beers don’t seem to care about how hoppy they are, just what color they are, so they’re a great way to entice non-craft beer drinkers in to drinking a hoppy beer that’s ‘light’.”

Even non-breweries are getting in on the act as the latest entry into the 716 family of pilsners was brewed collaboratively between Big Ditch Brewing and Toutant restaurant. The Czech-style pils will be made available at their joint one-year anniversary party, Tuesday, May 17 (6pm-12am) at Big Ditch.

“[Toutant’s] James [Roberts] confessed that he is a big fan of crisp and refreshing pilsners, and I agreed,” Big Ditch’s Matt Kahn says. “Plus, I know that we get lots of drinkers here looking for something light and entry level in terms of flavor. Our Czech-style pilsner should come in at 4.8% with a nice crackery malt bite and a floral and spicy hop character.”

“We both love the style and we especially struggle to find a beer that pairs well with our food and a big glass of bourbon,” Roberts adds. “The crispness and refreshing traits of a sessionable Pilsner/lager style beer would not only cut the fatty-ness and spice of our food but meet a need for entry level lighter beer as our clientele expands past the inner circles of Buffalo foodie supporters.”

You know what pairs best with a pint of local pilsner? Sunshine and warmer weather, both of which seem to have finally found their way to our fair city. So, get off the couch, grab a fresh pils and make your way to any one of Buffalo Niagara’s recently opened beer gardens and patios. You’re welcome in advance.