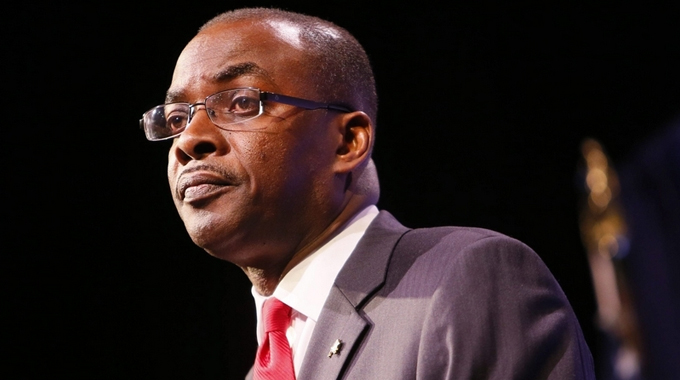 In the past, Mascia has criticized the Brown Administration’s management of the BMHA during Mascia’s five terms as an elected commissioner lodging claims of corruption, wrongdoing, and suspect contracting practices.

Attorney Ann E. Evanko, the politically connected managing partner of Hurwitz & Fine, a law firm that contributed to Mayor Byron Brown’s election efforts, will be issuing a legal opinion as to whether Commissioner Joe Mascia’s removal from elected office was lawful.

Mascia is a tenant elected commissioner of the Buffalo Municipal Housing Authority [BMHA].  He was suspended by Mayor Brown after a secret recording of Mascia when he was off duty came to light.

On the secret recording Mascia used a racial epithet that politically correct persons refer to as the “N-word” in reference to Mayor Brown and other officials of the BMHA.

In the past, Mascia has criticized the Brown Administration’s management of the BMHA during Mascia’s five terms as an elected commissioner lodging claims of corruption, wrongdoing, and suspect contracting practices.

The Brown Administration has taken Mascia to court on five previous occasions seeking his removal from office.

“There has been a pattern and practice of discrimination against Commissioner Mascia that is plain, years long, and very well documented,” Cohen said. “Joe is an outspoken critic of policies he believes to be wrong.  In a democracy, when elected voices are stifled and opinions muted by these kinds of games, we the people are being deprived of our right to fair representation.  This case is very disturbing.”

Last July, as Mascia was running for Common Council, the secret recording of Mascia was released to the media who milked it as a leading news story for nearly two weeks.

Mascia said the tape was released at the behest of Mayor Brown and Common Council President Darius Pridgen who are aligned with the political club Grassroots, whose members often benefit from BMHA patronage positions.

Mayor Brown declined to comment to Artvoice telling an editor that he does not speak to Artvoice since he cannot be guaranteed of flattering stories.

The secret recording of Mascia was made by Paul Christopher, a so-called friend of Mascia’s, on Christopher’s cell phone.

When asked about the legality of the recording, which captured the voice of a third individual who was speaking to Mascia by telephone, and didn’t know he was being recorded, Cohen said, “I have referred this matter to the United States Attorney’s Office for investigation…. I asked them to look into both the actions of Mr. Christopher, as well as the actions of those who may have put Mr. Christopher up to it.”

Since Christopher was secretly recording a third individual who was not party to his conversation with Mascia, the recording may constitute a federal offense, Cohen explained.

Christopher previously claimed he wasn’t paid to produce, sell, or distribute the recording (which was produced in February 2015 and released in July 2015, only days after Mascia’s filed to run for Common Council).

Shortly after the media played the secret recording, calls were made for Mascia’s resignation. He refused to resign. Brown then suspended him and called for a removal hearing, appointing Evanko to oversee the removal process.

According to a Sept. 15, 2015 recording of a pre hearing conference call, Evanko told Mascia that her fees and other costs of the proceedings would be paid by the City of Buffalo, “but that does not include your representation or your specific costs that you may incur in trying to present your defense,” Evanko said.

“I’m not representing the city. Let me make that very clear… I’m neutral. I’m the hearing officer and the fact finder, so I’m neutral and unbiased,” Evanko said.

Discussing possible conflicts of interest, Mascia repeatedly queried Evanko about Hurwitz & Fine’s relationship with the City, BMHA and others who might be involved in the case.

Evanko replied, “You asked me, like, 17 questions, most of which are totally irrelevant to a conflict of interest issue, such as personal relationships with any of your proposed witnesses. I mean those are really irrelevant questions. I’m not going to go through those – same thing with political contributions for the last 10 years.

“I think it’s really unrealistic to try to disqualify anyone just because they know someone on a witness list,” Evanko added. “That’s not a strong basis for disqualification. But if you find something that you want to raise and you want to discuss with respect to my neutrality or an alleged conflict of interest, then raise it, but just simply asking all of these questions, including, ‘Have I made a political contribution in the last 10 years to any prospective witness?’”

“Will you be answering those questions in a written statement to me?” Mascia asked.

At the hearing, which lasted from December 18 to December 30, Cohen was precluded from putting on witnesses who wanted to testify to improprieties committed by the Mayor’s appointed Commissioners, improprieties which Mascia exposed and publicly opposed, which led to his ouster.  Some of the Mayor’s witnesses were reduced to tears under Cohen’s cross-examination.

Appointed BMHA commissioners who were put on the stand by Asst. Corporation Counsel Shauna Strom couldn’t on cross examination identify BMHA properties, nor the number of tenants in the BMHA.  Evanko put a stop to Cohen’s cross examination.

In contrast, Cohen’s questioning of Joe Mascia revealed he was fully informed about and involved in BMHA issues. Evanko put a stop to that line of questioning as well.   Cohen’s repeated objections to the conduct of Evanko led to several heated exchanges between Evanko and Cohen.

A full transcript of the hearing can be found on-line at https://artvoice.com/2016/04/16/mascia-hearing-transcripts-released/.

Board of Elections records show Evanko donated $280 to Mayor Brown on April 15, 2015. She has also contributed $7,240 to other local politicians and judicial candidates since 2005 on 22 occasions.

The law firm she manages contributed to Brown for Buffalo and The Mayor’s Leadership Council on 12 occasions, totaling over $7,500 since 2005. The law firm contributed $44,615 to politicians and judicial candidates during the same period.