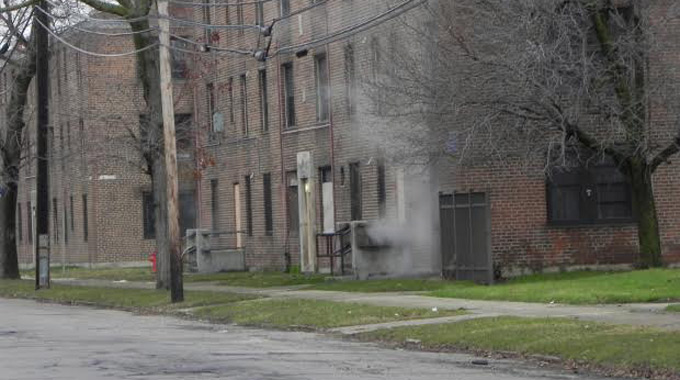 Buffalo Comptroller Mark Schroeder issued a letter to the Buffalo Common Council disputing the Buffalo Municipal Housing Authority’s claim that it does not owe the City of Buffalo nearly $3.5 million for utilities provided for the agency.

A BMHA Independent Auditor’s Report sparked the controversy; the audit claims that $3.46 million owed to the city for utilities was offset by money the city owes to BMHA. The audit does not provide any explanation or supporting documentation.

“Management has determined that the Authority has offsetting amounts due from the City to reimburse operating deficits incurred during the fiscal years 2004 through 2010,” the audit, completed by Clifton Larson Allen LLP of Baltimore MD, claims.

The vanished $3.46 million in utilities debt consists of $1.9 million incurred for natural gas and $1.6 million for water and sewer charges that the city provided the housing authority.

But those debts were never forgiven, and there is no offsetting debt from the city, says Comptroller Schroeder.

“This Department is not aware of the Common Council, nor the Buffalo Water Board, providing authorization to the BMHA to forgive these debts owed to the City,” Schroeder wrote in a memo to the Common Council last week. “Furthermore, the City and the Water Board do not have any recorded material outstanding liabilities to the BMHA.”

“The City did not forgive these debts, therefore BMHA should not have unilaterally removed these liabilities from its records,” Schroeder said.

BMHA commissioner Joe Mascia, who is one of two BMHA commissioners who are elected by the tenants of the 3600-plus apartments managed by BMHA [the other five commissioners are appointed by Mayor Byron Brown] said he agrees with Schroeder’s assessment.

“Mayor Brown has loaded the BMHA board with political appointments and larded the executive staff with patronage positions,” Mascia said. “They are thoroughly clueless about how to manage apartments, balance a budget, or understand basic accounting mechanics. The BMHA board cannot simply decide to write off a debt for almost $3.5 million by fiat through their own audit. What is forgotten in this ‘stroke of a pen’ act of eliminating debt is this is taxpayers’ money. The BMHA owes for utilities provided to them from the taxpayers of this city and unless the board can legitimately demonstrate an offsetting amount due to the city, they owe the debt.”

The issue reached a curious turn at a recent council meeting when Pat Curry, the executive assistant to Comptroller Schroeder, handed the BMHA audit to BMHA Executive Director Dawn

Sanders-Garrett – and asked “How can you write off debt that you still owe?”

Curry showed Sanders-Garrett the language in the audit where it reads “The Authority recognized $3,467,714 as income during the current fiscal year as a result of writing off old outstanding payables to the City of Buffalo for water, sewer, and other services. Management has determined that the Authority has offsetting amounts due from the City to reimburse operating deficits incurred during the fiscal years 2004 through 2010.”

Sanders-Garrett responded “I don’t know what that is,” and handed back the BMHA audit to Curry.

Mascia is calling for an “independent, thorough, and fully transparent review.”