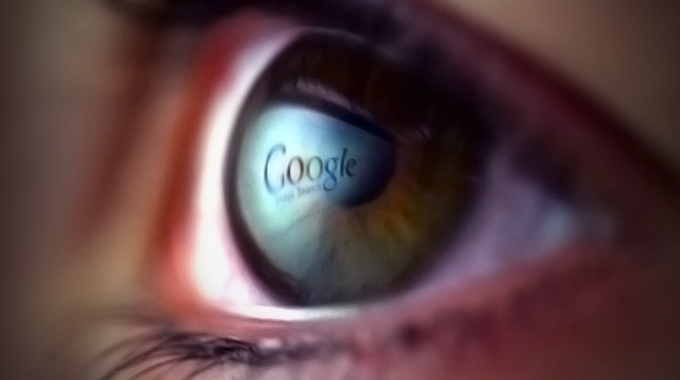 Lead Story
Google filed a U.S. Patent Office application on April 28th for a vision-improvement device in liquid form that, once inserted (i.e., injected directly into the eyeball!), solidifies into not only a lens replacement for the eye but an instrument that carries its own storage, radio, and wireless power supply. The idea, according to inventor Andrew Jason Conrad, is to better focus light onto the retina. (The patent process does not assure that the device will ever come to fruition, but it might indicate that Google’s parent Alphabet is concerned that other inventors might be doing similar work.) [Forbes.com, 4-28-2016]

The Entrepreneurial Spirit!
Before new parents ruin their baby daughter’s chances of future success by giving her “weak” names (such as “Polly”), they should consult one of several services that recommend more powerful ones (such as “Elizabeth”). A New York City woman offers personalized naming research for fees starting at several hundred dollars, but a Swiss agency whose primary work is helping to name product brands now offers parents suggestions on their offspring’s “brand” (for corporate-like fees beginning at around $29,000). (Parents in South Korea and India traditionally seek baby-naming recommendations from priests, who review religious text, culture, and astrology–in exchange for modest offerings.) [Bloomberg.com, 4-19-2016]

Entrepreneur.com reported in April the surprising success of “Ship Your Enemies Glitter,” in which, for about $10, the startup sends an envelope full of glitter that, when opened, scatters, irritating (or enraging) the recipient. The concept was an overnight sensation but quickly petered out and was seemingly worthless–until a prescient businessman offered $85,000 for its two assets: (1) a valuable list of customers who might buy similar pranks (such as a cupcake that’s really horse manure) and (2) an opportunity at additional waves of customers newly discovering the original glitter product. The $85,000 purchaser now reports sales “in the high six figures.” [Entrepreneur.com, 4-20-2016]

Compelling Explanations
Peter Jensen of Athol, Id., filed a lawsuit against the state Transportation Department in April after his driving privileges were revoked because his car had no license plate. For the inconvenience, he believes he deserves $5.6 million in damages (gold and silver only, please) because, for example, there is nothing about “license plates” in the Ten Commandments. [KREM-TV (Spokane, Wash.), 4-22-2016]

Simple As That: (1) Bingham County (Idaho) Sheriff Craig Rowland told reporters in March that the state legislature had no reason to improve the statewide administration of “rape kit” evidence because the majority of local rape accusations are, he is certain, consensual sex. (2) Scout Hodge, 20, angry at his mother, was charged with arson in Austin, Tex., in January for setting fire to her rug, He told police he did it as a “political” statement (unexplained) and to prove he isn’t a “loser.” [Associated Press via OregonLive.com, 3-15-2016] [KEYE-TV (Austin), 1-16-2016]

Modern Problems: (1) Sophia Sanchez, 27, was charged with intentionally crashing her car into her boyfriend’s in April in Riverside, Ill. According to police, the couple had been arguing the night before, and Sanchez said she felt she had to disable his car so that he would talk to her. (2) William Timothy Thomas, 25, was arrested for vandalizing a home in Largo, Fla., in April. He told police he needed to go “destroy” stuff because he “listened to too much music and masturbated too much.” (Bonus: Three first names! Special police surveillance warranted!) [WLS-TV (Chicago), 4-27-2016] [WFLA.com, 4-12-2016]

Leading Economic Indicators
(1) As China’s real-estate construction boom fades, tempers have flared, and according to a local government officer in Hebei province, two companies’ officials angling for a contract wildly dueled each other in their bulldozers in an incident captured on video. The losing driver was seen running from his toppled machine. (2) Italy’s top appeals court ruled in April that a homeless man stealing cheese and sausage from a grocery story in Genoa, and who received a six-month jail term for it, was actually not guilty of criminal behavior at all. The court set him free using a traditional Italian legal principle that no one is required to do the impossible–which, the court surmised, would be to allow himself to starve. [Sky News (London), 4-18-2016] [New York Times, 5-4-2016]

Least Competent Cops
Motorist Rebecca Musarra was stopped for speeding in October 2015 by state troopers in New Jersey, and dutifully handed over her license, insurance, and registration but declined to answer the troopers’ “do you know why we stopped you” questions. Annoyed at her silence, troopers Matthew Stazzone and Demetric Gosa threated several times, with increasing aggressiveness (according to dashboard video, obtained by NJ Advance Media) to arrest Musarra for “obstruction.” Musarra pointed out that–as nearly every American knows–she has the right to remain silent. The troopers nonetheless arrested her (then recited, of course, her “right to remain silent”). After nearly two hours back at the station, a supervisor offered a weak apology and released her. Musarra, an attorney, unsurprisingly has filed a federal lawsuit. [NJ.com, 5-5-2016]

Cavalcade of Weird Animals
The species Acanthonus armatus first arrived only 10 years ago in waters near Vancouver, British Columbia, generating ichthyological excitement at the time–in that it is widely known as the assfish. The Royal BC Museum in Victoria, British Columbia, put one on display in January with its bulbous head and flabby skin, and resembling a “glorified tadpole,” said a museum curator, who declined to guess at the origin of the assfish name (bypassing a chance to link it to the fish’s large mouth and tiny brain). [National Post, 1-14-2016]

Cliches Come to Life
(1) The British broadcast censor Ofcom declined to punish a January edition of the “Jeremy Kyle Show” on which a guest used a “well-known swear word”–because the speaker has a Scottish accent, and, Ofcom said, probably no more than two or three people thus comprehended what he was saying. (2) The body of Peter (“Petey Crack”) Martinez, 28, who had a long rap sheet, washed up on a beach in Brooklyn, N.Y., on May 2nd–with his feet encased (up to his shins) in a hardened-cement bucket. It was the first time veteran New York detectives could ever recall seeing actual “cement shoes” (though they have of course been icons of true crime stories for decades). [BBC News, 3-21-2016] [New York Times, 5-5-2016]

Chutzpah!
New York City police rounded up 39 people on April 26th suspected as part of a massive credit-card-scamming operation targeted at customers of high-end retailers such as Saks Fifth Avenue–and whose members are affiliated with the rap-music group Pop Out Boyz, which makes reference to the scams in its songs. (One number, “For A Scammer,” features the lyric, “[Y]ou see it, you want it, you have it,” while another voice repeatedly brags, “I’m crackin cards cause I’m a scammer.” A New York Post report describes “cracking cards” as a scheme paying a bank customer a fee to accept a phony deposit into his account to be later withdrawn–but the scammer removes much more money than the phony deposit.) [New York Post, 4-26-2016]

Ricardo Ruiz, 26, was arrested in March on complaints from women that he had groped them at parks in Davie and Cooper City, Fla., but the case got easier afterward when police were tipped to a YouTube video that they believe is of Ruiz, addressing the camera while driving a car and extolling his groping habit. “Man, today was a good . . . day, touching ass,” he says. “If you don’t touch ass, you’re crazy. That’s all I got to say.” [South Florida Sun-Sentinel, 3-31-2016]

A News of the Weird Classic (March 2012)
Louis Helmburg III filed a lawsuit in Huntington, W.Va., in February [2012] against the Alpha Tau Omega fraternity and its member Travis Hughes for injuries Helmburg suffered in May 2011 when he fell off a deck at the fraternity house. The reason he gave for falling was that he had been startled, and toppled backward off the rail-less deck, after Hughes attempted to fire a bottle rocket “out of his anus”–and the rocket, instead, exploded in place. (The lawsuit did not refer to Hughes’s injuries.) [Courthouse News service, 2-2-2012]