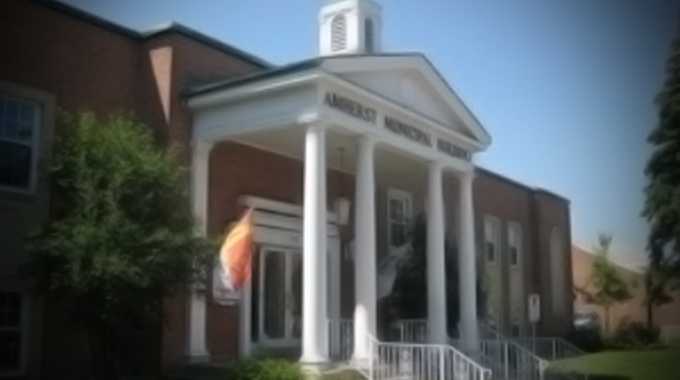 The great U.S. Supreme Court Justice Louis Brandeis an early advocate of transparency in government once stated “sunlight is said to be the best of disinfectants”. The Amherst Planning Board needs to bring their meetings into the sunlight for the public to see.

The great U.S. Supreme Court Justice Louis Brandeis an early advocate of transparency in government once stated “sunlight is said to be the best of disinfectants”. The Amherst Planning Board needs to bring their meetings into the sunlight for the public to see.

The Planning Board meets once a month at Town Hall. The meetings are videotaped which is great for interested citizens who are not able to attend the meetings. What you may not know is that before the actual meeting there is a pre-meeting work session which takes place. This pre-meeting is not mentioned on the schedule posted on the town web site, nor is the pre-meeting videotaped. The Pre-meeting takes place literally in a back room of Town Hall away from the microphones and video camera that are set up in the Town Board meeting room.

The Amherst Town Board to their credit posts their pre-meeting time and video tapes it for the public to see.  At their pre-meetings the Town Board and the Planning Board run through the agenda and discuss items. Often times there can be more informative discussion on an item at a pre-meeting than there is at the full meeting. When an important public body like the Planning Board meets whether at a pre or full meeting, it should be videotaped. 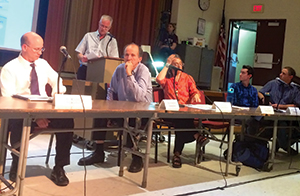 Some citizens have taken it upon themselves to tape the pre-meetings with their cell phones. Citing anonymous verbal complaints and safety concerns, the Planning Board has recently passed controversial rules to restrict where and how citizens can record their pre-meetings.

THE NEXT ITEM ON THE AGENDA IS A “LEGAL MATTER”

The May 19th Planning Board meeting had an item listed as “Legal Matter”. I watched a video recording of the meeting and when the legal matter came up a motion was made to go into executive session. To her credit Board Member Mary Shapiro asked what the legal matter was about and she was advised that her question could not be answered in public. When Ms. Shapiro asked whether the item involved pending litigation she was again advised that her question could not be answered in public. Ms. Shapiro pointed out that in order to meet behind closed doors in an executive session the item and a reason for doing so needs to be stated. Despite her protests, the Planning Board discussed the unknown legal matter behind closed doors.

The New York State Open Meetings Law, Court decisions and opinions of the New York State Committee on Open Government are clear that before discussing a legal matter behind closed doors the item must be identified and even then the only thing that can be discussed in executive session is legal strategy for pursuing or defending a legal matter. You cannot hold an executive session regarding an item that may lead to litigation, you can only discuss an item that is currently in litigation.

The Planning Board did not properly disclose the item that was discussed behind closed doors and did not properly state a reason for having to meet in executive session. I have expressed my concerns in writing to the Amherst Town Attorney, Planning Board Members and have copied the New York State Committee on Open Government. It will be interesting to see what response I receive.

Mary Pfeifer-Shapiro has been active with the Amherst Historic Preservation Committee and has attended Planning Board meetings as a concerned citizen for years. In January of 2016, Town Board member Ramona Popowich nominated Ms. Shapiro for appointment to the Planning Board. Board members Popowich, Francina Spoth and Deborah Bucki voted to approve Ms. Shapiro’s appointment; Board members Barry Weinstein and Steven Sanders voted against Shapiro’s appointment. In voting against Ms. Shapiro, Supervisor Weinstein stated that he received an email expressing concern that she was “too closed minded”.

Ms. Shapiro asks a lot of good questions, proposes many motions and she is a strong supporter of conducting the Planning Boards business in public. We need more Mary Shapiro’s who are fighting to bring sunlight into Amherst!