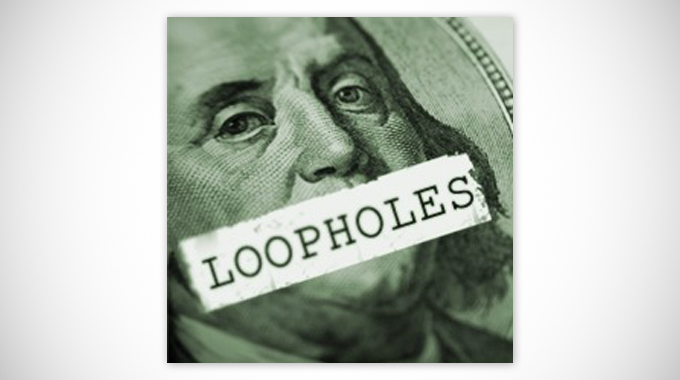 There is certainly room for improvement.

New York’s campaign contribution limits are among the highest in the Nation. And thanks to an interesting loophole in the law there is actually no limit to the amount of money a person can donate.

Under New York State law, corporations are limited to making political donations of up to $5,000 per year; individuals are allowed to donate $60,800 per year to any statewide candidate, with a total donation limit of $150,000 per year.

But, for the savvy individual, interested in winning friends and influencing politicians, it is simple to donate more simply by forming shell companies.

This is because in 1996 the New York State Board of Elections created a huge loophole in campaign finance laws when it decided that Limited Liability Companies should be treated like individuals for campaign donations and not as corporations.

Forming a Limited Liability Company (LLC) is very simple to do [it costs a few hundred dollars and can be formed in a matter of hours by a simple phone call to any one of a number of companies in Albany]. When making a campaign donation through an LLC, there is no requirement to disclose the names of the owner and officer names, and as such millions of dollars in campaign donations now flow to candidates in ways that do not comply with the spirit and intent of campaign finance laws.

Special interests and the wealthy are able to donate as much money as they want to candidates through multiple LLCs while hiding their names from the public [although be assured that their names are not hidden from the candidates who get donations].

At the corruption trial of New York Senate Majority Leader Dean Skelos, Litwin’s political contributions were entered into evidence. The contributions according to trial testimony were used to ensure that Litwin would continue to benefit from tax breaks, government financing and favorable rent laws.

Bharara Calls On Local Officials to Speak Up

U.S. Attorney Preet Bharara speaking to the New York Conference of Mayors urged local officials to demand “Government that is on the level. Government that serves the people.”

“Use your collective clout to add to the voices for reform,” he said. “…. Even basic things cannot fully come to pass if people have lost confidence, lost respect and lost faith, you need to know and the people need to know that when you pitch Albany for more money to fix a bridge or improve a road or build a school, that the decisions are going to be made on the merits. That the decisions are on the level and didn’t happen because of a bribe or a kickback or a payoff.”

Listen to the Crickets Chirping

Inspired by Bharara, I sent an email to 201 elected officials (legislators, Council Members and Board Members) in Erie and Niagara County asking them to introduce a resolution at one of their meetings in support of eliminating the LLC loophole. Only four officials bothered to respond to my email.  I even went so far as to draft and attach a resolution that the elected officials could easily file for discussion and a vote. As I waited for responses you could hear the crickets chirping as they say.

To their credit a few officials did take action. Deborah Bucki filed a resolution in the Town of Amherst, which the Amherst Town Board unanimously passed. Erie County Legislator Tom Loughran filed a resolution, which is in committee for discussion.

With time running out in the State legislative session, I recently sent another email to the 201 elected officials and this time I received responses back from Gary Eppolito the Supervisor for the Town of Concord, Anita Mullane from the Lockport City Council and Joseph Emminger, Supervisor for the Town of Tonawanda, who stated that they will be filing a resolution for their upcoming meeting.

I appreciate that a few local elected officials have taken the time and interest to bring the issue of campaign finance form to their boards. Why is it that so few local elected officials are willing to get involved in this issue? Especially since many polls show the public wants campaign finance reforms and the news media has been highlighting the importance of such reforms.

As U.S. Attorney Preet Bharara points out corruption in Albany affects all of us and local elected officials should speak up regarding such issues and support efforts for reform.

Pictures Of Biker Charged With Sex Abuse Suddenly Disappear From Internet
Power IS Corruption; Are Silver, Skelos and Cuomo Victims of the Progressive Government they Fought to Sustain?