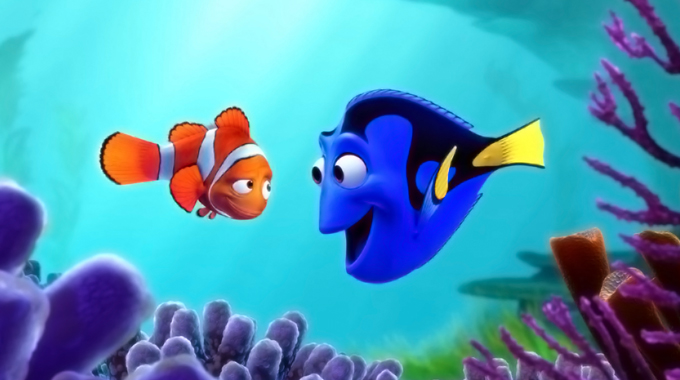 Is it too early to say it’s going to be a bad summer for the good folks at Disney?

After the unmitigated box office disaster that was and — I suppose — still is, “Alice Through the Looking Glass,” the once proud purveyor of family oriented entertainment has decided to pummel us again with the computer animated comedy adventure, “Finding Dory.”

When the week’s big new movie release is a sequel of a planned sequel that didn’t get made of a 13-year-old cartoon, would be it wrong to think that some other diversion – like for example, watching paint dry – might be a viable entertainment alternative to Hollywood is serving up?

It has been 13 years since Disney’s “Finding Nemo” was released, 13 years of inside studio backstabbing and false starts.

What is this movie about? It’s hard to say. Dory, a character from “Finding Nemo,” suffers from short term memory loss but is trying to find her parents. She’s confined to some kind of aquarium, and the political correctness is so thick you couldn’t cut it with a hacksaw.

Obviously this is a children’s movie and the makers want to hammer home the idea that those with mental handicaps can be just as wacky and fun as everyone else, but laying it on to this degree may become tedious to even most 4-year-olds.

It’s just all so lame. Dory can’t make plans for the future because she will forget them. Dory teaches us that even those without short term memory loss often remember things differently from how they actually happened. Dory always lives in the moment, because that’s all she can do.

Is it a form of child abuse to take a young kid to a picture like this? Has American society descended into depravity to the point that a parent would rather drop fifty bucks on tickets, popcorn and some soda simply in order to not have to speak to their child for the 90 minutes and change “Finding Dory” actually lasts?

When Dory actually finds her parents, which was, after all, the “plot” of the film, they are loving and effusive and supporting, of course. See, you can suffer from mental illness but still achieve things in life!

This reviewer left the screening with an awful yen for a McDonald’s Filet o’ Fish sandwich. It couldn’t possibly be any more tasteless than the fare served up by Disney.

It also had me wistfully wishing for short term memory loss myself. I wished I could forget ever having seen it.

“Finding Dory” is opening this weekend at every multiplex in the Greater Buffalo region.