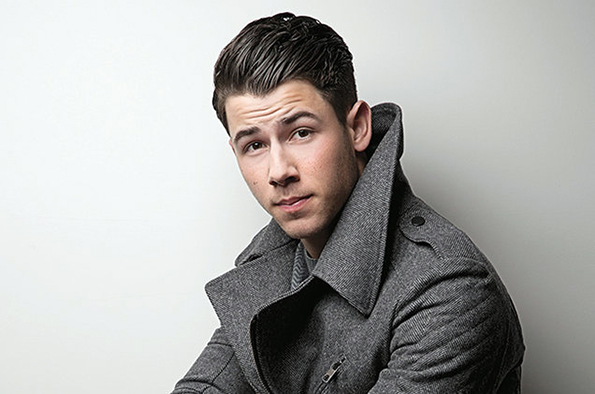 For a pop star, having an audience made up of 12-year-old girls is great at first. They’ll buy pretty much any junk music you want to put out, along with actual junk like T shirts and posters. They adore you, and will get their parents to spring for outrageously priced concert tickets, drive them to the venue and wait in the parking lot.

But all good things must come to an end. They don’t stay 12 forever. And the next generation of 12-year old girls wants pop stars of their own.

In some cases, the pop star can successfully continue. Mark Wahlberg of New Kids on the Block reinvented himself as a movie star and producer. Miley Cyrus and Brittney Spears have reinvented themselves as junior league Madonnas and seem to be hanging in. But most are consigned to the “Where Are They Now” file, with the David Cassidys, Debbie Gibsons and Vanilla Ices of the world.

At 23, Nick Jonas is at a crossroads. Once a proud member of the Disney backed boy band the Jonas Brothers, his career screeched to a halt when the group broke up in 2013. His older brother Nick Jonas wanted to be taken more seriously as a musician, which turned out to be a bad move.

Nick, the youngest of the brothers, with millions of record sales under his belt, was cast adrift. He made a new record, “Last Year Was Complicated,” that has resulted in a couple of legitimate hits. He’s now on tour to support the release.

Sharing the bill are another former Disney creation, Demi Lovato, and Mike Posner, whose “I Took a Pill In Ibiza” became a worldwide sensation when it came out earlier this year.

Jonas is sporting a new, “edgier” look these days and hoping to successfully cross over from being a teen heart throb to a mainstream artist.

A long line of mostly forgotten singers from Fabian to Bobby Sherman to Tiffany have tried to do the same and it isn’t easy. It’s hard to feel too bad for him though, he’s got more money than he’ll ever spend, and he used to be a teen idol, after all.