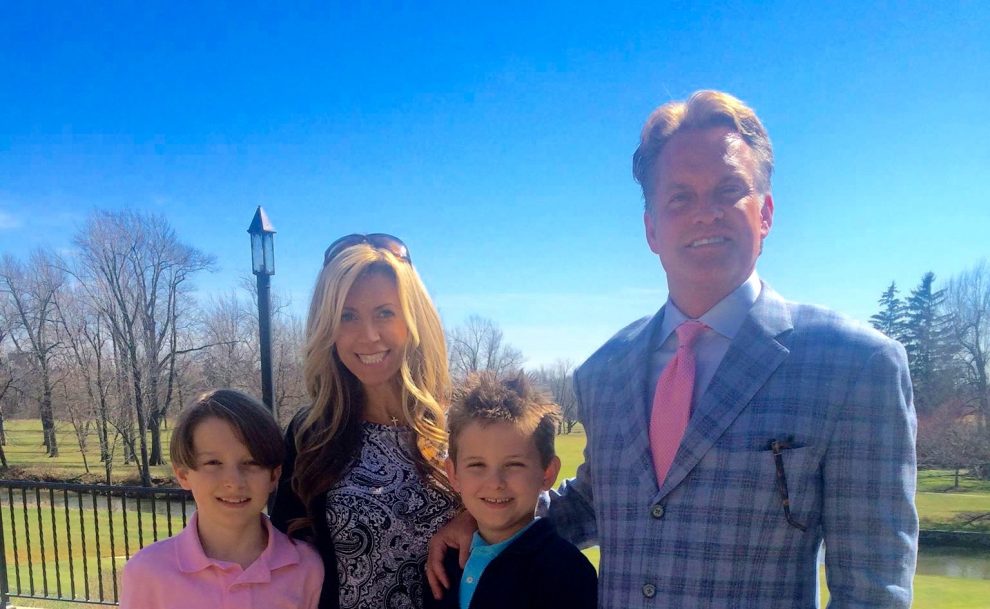 John Ciampoli is the Nassau County Attorney who signed off on the Ab Tech deal that was designed to enrich Adam Skelos, the son of the former Senate Majority Leader who was convicted of bribery last year. Ciampoli was then fired as County Attorney. Shortly thereafter he went to work for Majority Leader Dean Skelos as senior legislative counsel.

Ciampoli is being dispatched to Buffalo this week by senior Republican Party officials to remove Kevin Stocker from the Conservative Party primary in a contrived legal maneuver designed to disqualify Stocker’s petition.

“The corrupt Albany party bosses do not want their hand picked candidate, Chris Jacobs, to face the voters in a primary for NYS Senate. The corrupt party bosses are paying for Jacobs literature and robo calls [full] of lies,” Stocker writes on social media. “Convicted Senate Leader Skelos is coming into town to try and take away Western New York voters’ right to have a conservative primary.”

Stocker, an attorney himself, will be in court on Thursday to defend his right to participate in the election. He argues that party bosses want to restrict the voters’  option to a single “handpicked establishment candidate” in Jacobs.

The 60th district seat has often come down to personalities over political views or policy issues. In 2010 when Mark Grisanti defeated Antoine Thompson in an remarkable victory, the voters elected a Republican despite barely comprising 17% of the electorate in that district — despite Grisanti’s underfunded and understaffed campaign.

But the district warmed to an attractive Grisanti, whose working class background, approachable posture, affable personality, and moderate style had all the makings of a politican with great promise. After his vote for marriage equality, some even expected Grisanti to challenge US Senator Kirsten Gillibrand. But Grisanti’s disloyalty to one key operative thwarted that trajectory.

So in 2012, state party bosses like Republican Chairman Ed Cox and Independence Chairman Frank McKay (both of whom are now backing Jacobs), were forced to defend their one seat majority in the Senate chamber by pouring millions of dollars from downstate into the district. Much of that money went to smearing Stocker with commercials that wrongly accused him of “hiring paid political operatives to smear Mark Grisanti,” when the reverse was true. The bosses successfully bought the seat that year.

In 2014, despite considerable spending designed to destroy Stocker, he defeated Grisanti in a landslide primary victory — in large part on the strength of his personality and relentless door-to-door style of campaigning. The general election was a three way contest between Stocker, Democrat Marc Panepinto, and Grisanti on the Independence line.

But at the last minute the local Conservative Party began promoting a candidate on the minor party line who had previously been unheard of and made no effort to campaign. Party bosses successfully sabotaged Stocker by siphoning nearly 8% of the vote, but inadvertently handed the election to Panepinto.

That year, five Senate races were competitive and Governor Andrew Cuomo endorsed the Republicans in all five contests. Despite campaigning hard behind the scenes and a public endorsement for Grisanti, the 60th was the only Senate race where the Governor’s endorsed candidate lost.

“No matter what happens in the election, I have already won because I enjoy being a family and we have a lot of love, health and much to be thankful for,” Stocker writes on social media.

“However… looking forward to our court date on Thursday fighting on behalf of the voters against the party bosses who do not want voters to have a voice in deciding who should represent them in Albany,” he writes.

Attorney General found guilty of perjury, obstruction, abuse of power
A primary of consequence for Democrats in the 60th District