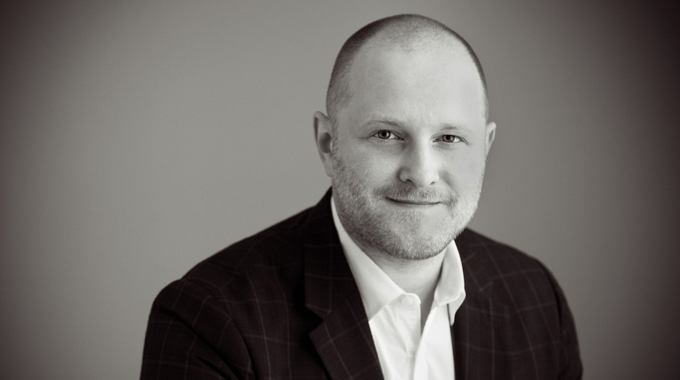 The UB Symphony Orchestra will end its season with a free performance this Sunday April 24, at 3pm in Slee Concert Hall, under the baton, for the final time, of its Music Director, Daniel Bassin. Sunday’s concert will feature the kind of refreshing and innovative programming that Dan has established as his hallmark.  Roland Martin’s new orchestration of George Butterworth’s Six Songs from “A Shropshire Lad”, after poems by A.E. Housman, will be sung by Robert Gerst, winner of the UBSO Concerto Competition.

The UB Symphony Orchestra will end its season with a free performance this Sunday April 24, at 3pm in Slee Concert Hall, under the baton, for the final time, of its Music Director, Daniel Bassin. Sunday’s concert will feature the kind of refreshing and innovative programming that Dan has established as his hallmark.  Roland Martin’s new orchestration of George Butterworth’s Six Songs from “A Shropshire Lad”, after poems by A.E. Housman, will be sung by Robert Gerst, winner of the UBSO Concerto Competition. Martin will be doing triple duty for this concert, as he is also the organist in his transcription of Stravinsky’s rarely programmed fragment ‘des Symphonies d’instruments à vent’ from his 1920 work, Le Tombeau de Claude Debussy and in Camille Saint-Saëns Symphony No. 3 in C-minor, Organ, Op. 78. The program also includes Ravel’s 1899 work, Pavane pour une infante défunte, in its 1910 orchestration.

Bassin, the Music Director and Choir Conductor at the Unitarian Universalist Church of Buffalo, was recently named the Music Director at Buffalo State College. “In addition to my work with the Buffalo State Philharmonia, which I began this January, I’m very excited to have accepted a position for the fall which will further deepen my ties to this community. I wish I could give more details right now, but I really look forward to taking on this work and sharing this great news soon”.

“I started as an adjunct instructor at UB in the fall of 2010, after participating in that summer’s June in Buffalo Festival”, says Bassin, “and I began my PhD work in 2011, and was awarded the degree in May 2014. The true highlight of my time at UB was the opportunity to share great music with so many wonderful students, growing the ensemble’s audience and establishing its place within the wider community. Partially due to the unique make-up of the UBSO – with only a small handful of music majors or minors, and the majority of the group coming from a wide-range of rich and challenging programs and departments – I was able to successfully blend innovative programming that would contribute to the Buffalo music scene while also engaging my students intellectually and emotionally, regardless of their musical backgrounds and chosen majors”.

Bassin managed to successfully pull off the biggest coup in the history of the UB Symphony, when he led his orchestra in the long overdue Western New York premiere of the incendiary Cello Concerto by the Polish composer Witold Lutos?awski, a 1970 work which featured a stellar solo performance by the very young cellist, T.J. Borden.  Bassin says “The Britten/Verdi/Wagner anniversary concert was one of the best examples of my philosophy of programming – we had as our focus a local premiere of a true modern masterpiece, placed alongside great works by more familiar composers, all with the thematic focus of ‘Music and Nationalism’. I never wanted to bring students rare or obscure works merely for novelty’s sake. Rather, I sought to celebrate the full breadth and depth of this great music”.

“During the 2013-2014 school year we focused on the immense wealth of Shakespeare-inspired orchestral works, including familiar pieces – like Tchaikovsky’s Romeo and Juliet Fantasy-Overture, and selections from West Side Story,  side-by-side with local first-hearings of truly great works by Liszt, Smetana, Sibelius, Dvorak, Elgar and Balakirev (the dedicatee of the Tchaikovsky work).

“Of course balance is important. Last year, for example, we also performed Beethoven Fifth Symphony, Brahms’ Second Symphony, and Strauss’ Blue Danube and presented a lecture-performance on Bruckner, with the local first performance of the first movement of his Sixth Symphony. It was also a delight to share the orchestral music of James Romig with my students on our ‘almost-all’ Sibelius program this fall (Finlandia, Andante Festivo, and the Symphony No. 3. Romig’s work is called Bridges and the program was titled ‘Bridges Across Centuries’.

“It truly has been honor to have had the opportunity to work with so many wonderful students, and to share such great masterworks with this vibrant, arts-hungry community. I can look back on these six years at UB with pride. And, while there was no possibility for me to develop things further within that department, I’ve absolutely fallen in love with Buffalo – I’m looking forward to many, many more significant performances in the years to come!

Admission to the event is free. Information: www.slee.buffalo.edu