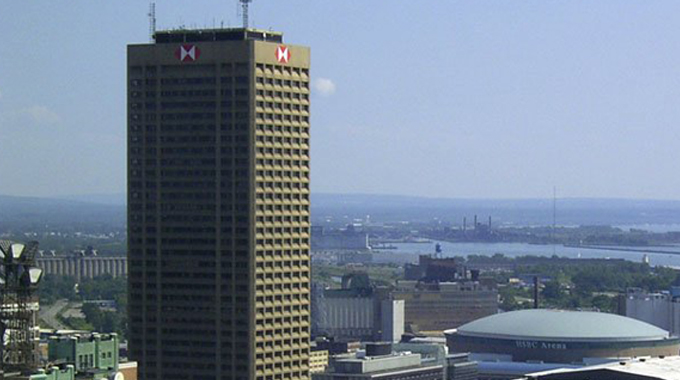 The Buffalo area—no, not just the City—has been in a state of decline for about 55 years. I am 58. No one under 50 around here has grown up in a vibrant, thriving area. Over time, a collective lack of self-esteem develops.

It’s a proverb that “Buffalo is where good ideas go to die.”  But why is this so?

The Buffalo area—no, not just the City—has been in a state of decline for about 55 years.  I am 58.  No one under 50 around here has grown up in a vibrant, thriving area.  Over time, a collective lack of self-esteem develops.  There’s a feeling that, if someone from Buffalo has an idea, it can’t be any good, because he or she is from Buffalo.  Thus, there is collective lack of confidence, a cynicism in the air.

But Buffalo’s problem is more than just psychological or attitudinal.  It’s structural. Buffalo has, along with New York City, one of the most expensive and burdensome government structures anywhere in the country.  As the capital of the world, New York City can overcome this burden.  Buffalo cannot. Using some old stats from memory, I once compared the number of government employees in Erie County, New York to Erie County, PA.  We had 18%.  They had 10%.  Unbelievable.  If you drive through Erie, Pennsylvania, they don’t appear to be suffering from too little government.

State and local taxes in Pennsylvania and Ohio are about 60% of New York’s.  Are those states lacking in government?  Obviously not.  In fact, if you are observant, you can see while driving through those states, signs of greater wealth.  After all, they save many billions each year that is wasted in New York on its absurdly expensive government structure.  You see more and newer businesses, more, bigger and newer homes and more landscaping, a sign that people there have more discretionary income.

Because of the high cost of government and the incredible level of burdensome regulations, the Buffalo political class has chased out the best of us, the entrepreneurs, the thinkers, the rebels, the people who make big improvements in the human condition.  We used to have them.  It used to be said that you could make anything in Buffalo, such was the incredible strength and diversity of the free market economy of the time.  Those people are now doing their thing somewhere else.

Everyone knows that the Buffalo political class and power elite has screwed up almost every major decision in the last 60 years but what is never asked is: why did they have the power to do so?  Simply because, as you move from a free society to one controlled by big government, major decisions are relegated to political hacks.  Hacks are people who, because they lack the brains, guts, wit, and talent to make it in the free marketplace, gravitate to politics, where success is achieved by mastering the accumulation of political power–ultimately, force–with all the sleazy and sordid tactics and strategies that implies.  Yet, we rely on these dimwits to make major development decisions and then are shocked when they fail.

Speaking of a catastrophic failure of the political class, Donn Esmonde raises a good point about the empty and decaying 38-story, brutalist URBAN RENEWAL project known as One Seneca Tower.  The best thing to do may be to tear it down.  Don’t send good money after bad.  But let me add a proviso.  At the demolition, let’s have a big party announcing the failure of central economic planning including the Great Society.

Ultimately though, Buffalo’s problem isn’t psychological or structural but ideological.  Long story short, in a country whose default ideology is progressivism, the magical belief that aggressive government action can cure all human problems, Buffalo is uber-progressive, progressive on steroids.  Progressivism, as I will keep repeating until it sinks in, is a self-imposed mental disability whereby the progressive shuts out any and all thoughts, ideas, logic or evidence, that government has failed or is not the solution to all human problems.  So, it’s no surprise that Buffalo is where good ideas go to die.   Buffalo is in thrall to an ideology, progressivism, that is an efficient executioner of good ideas and those who promote them.

Uber is the just the latest example.  In 1989, I proposed in Business First a pre-internet, proto-Uber, free market transportation model to replace the NFTA’s primordial bus system.  Guess what?  The progressives killed that idea.