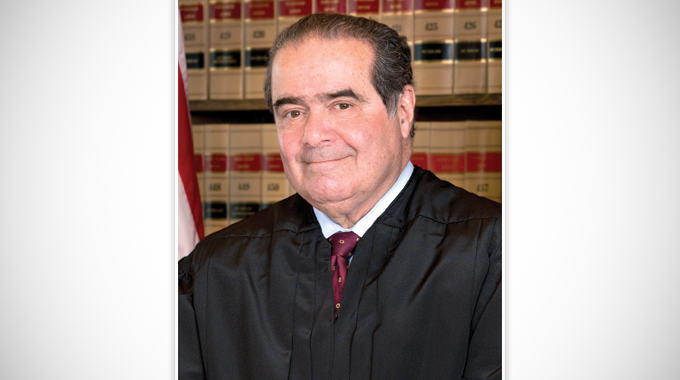 The Ninth Circuit Court of Appeals said last week that the Second Amendment’s right to bear arms means that there is no right to bear arms in public, a comforting thought for mass shooters in gun-free zones.  The vote was 7-4.  I wondered if I could guess how each judge ruled based on which President nominated them.  I guessed all but one vote.  We forget that Trump said that Judge Curiel was biased against him in part because he was appointed by Obama.  The Ninth Circuit case lends support to the view that ideology, roughly represented by the party of the President who appointed the judge, does have a major impact on rulings.  In fact, hundreds of critical Supreme Court opinions have broken down on party lines over the years.  That raises larger questions.

If a right depends on which party places more judges on the Supreme Court, that’s not a right but an accident.  This is particularly highlighted by the death of Antonin Scalia.  Apparently, your right to bear arms is dependent on a 79-year-old overweight man’s continued existence.  Let’s be clear.  The right to bear arms is a natural right of the human being that exists regardless of whether any particular government recognizes it.  The prisoners at Auswichtz had a moral and political right to keep and bear assault rifles.  I’m talking here about positive law, about the legal and constitutional right to bear arms.  That right may have died when Scalia did.  His death made it a 4-4 split on the Court on the right to bear arms.  That led the appellants challenging the New York SAFE Act to withdraw their motion for permission to appeal to the Supreme Court.

What will break the tie?  The next presidential election, maybe.  Hillary will appoint  an airtight proponent of government gun monopoly.  Progressives love guns so much they want to be the only ones who have them.  If Trump wins, he might appoint a Second Amendment advocate.  But then again, he might not.  That’s because the track record of Republican appointees is pretty bad.  Since progressivism is deeply embedded in the American soul, this virus often activates after so-called conservatives judges arrive in the belly of the beast, Washington, D. C. So right now, the fate of the legal right to bear arms rests on the shaky ground of Trump winning and being able to guess how some lawyer will vote on gun cases.

We need to face the fact that progressivism and constitutions don’t mix well.  Progressivism is rooted in philosophical pragmatism, the notion that there is no fixed truth and that words have no fixed meaning.  In the Pork Lawsuit, started by local hero Lee Bordeleau, the progressive judges on the New York Court of Appeals, held that the words “The money of the state shall not be given or loaned to or in aid of any private corporation or association or private undertaking,” means that the money of the state can be so given.   Progressive judges will give the constitution a progressive meaning.

What can be done?  First, recognize what progressivism really is.  Don’t be a pragmatist when it comes to the meaning of that word!  There is an objective reality outside our minds that we can know.  Progressivism does have a real meaning.  The short definition: a progressive believes, without evidence or foundation in logic, that aggressive government force is the solution to all human problems.  This irrational belief is the highest premise in the progressive’s ideology to which all other considerations must give way, such as the words of some dusty old document drafted by dead white European males.

Third, stop sending your kids to an institution invented by and controlled by progressives, the K-12 government school, a/k/a, daytime juvenile detention center.

Finally, for more immediate results, look toward the one institution that is not entirely under the control of the progressives although they have tried as hard as they can to emasculate it: the jury.  In the era before progressivism when government was rightly viewed as largely evil based on its track record of mass murder, enslavement, torture, and looting on a grand scale for centuries, the citizenry insisted that juries, the citizens themselves, have the final say over charging serious crimes and convicting people of them.  The whole point was that the jury could use its discretion to override the decisions of the police, prosecutors and judges including on the underlying legal principles of the case.

It was predictable that progressive legal minds would, unlawfully by court decree, undermine what had been written in stone in the Constitution, the right to trial by jury, by ordering juries to follow the judge’s instructions on the law.  This was a classic instance of what we have seen many times: progressive judges “judicially repealing” the constitution, to borrow Judge Robert Smith’s words from the Pork Lawsuit.

The front line of our war to take America back from the progressives who have us on the edge of disaster is the jury system.  Wake up!

Click here to post a comment
Around and About: As Pivotal State Senate Race Heats Up, Stocker Speaks Up!
Do Niagara County Legislators Support Open Government?